Liz shows us how it's done. 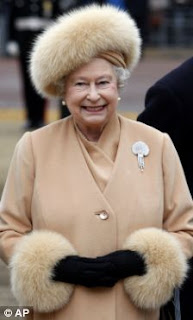 Here's the queen looking hot. Seriously.
I love her outfit.....the cuffs, the hat. Aretha should be taking notes.
She makes these other bitches below look even sadder.
To wit: 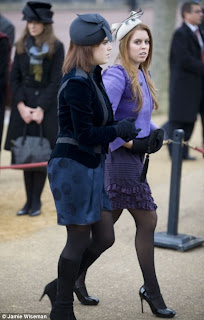 Princesses Beatrice and Eugenie. No need to comment, is there...really? 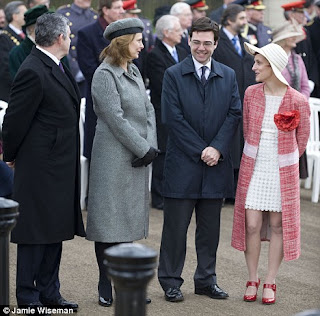 About these two, I'll let the wonderful Daily Mail speak:

"Frankie Burnham's ludicrous mini-dress outfit and husband Andy's donkey jacket were totally out of place at the ceremony in the Mall. An outfit befitting a six-year-old with attention deficit disorder rather than the wife of a Minister of the Crown in the presence of the Royal Family, the eyes of the nation upon her.
Mrs Burnham, let me try to overlook the unadorned, Eastern Europe refugee make-up and hairstyle, as well as the floppy hat you probably had left over from some awful suburban wedding, and let me first address your patent Mary Jane shoes.
Hideous, and inappropriate."

"I pledge allegiance to the American Flag, and to the...."
(Vice Principal, on intercom, very slowly and hoarsely)

art of the state 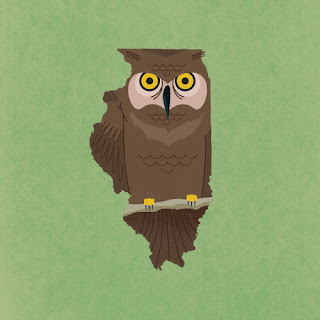 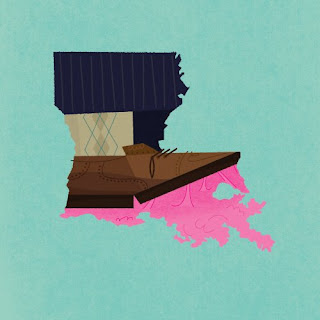 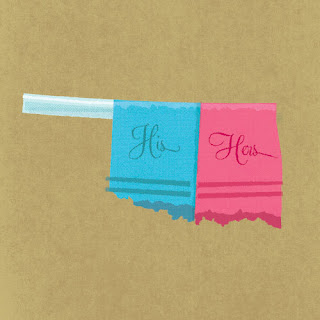 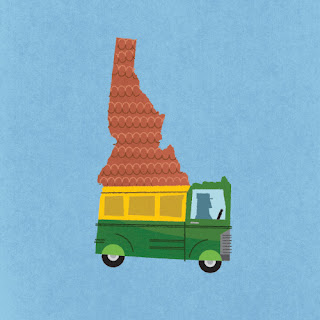 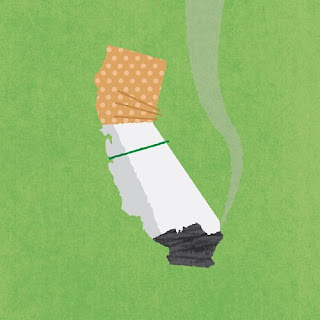 How cute are these prints from artist Frank Chimero?

I love that he's made my lovely home state into a shoe with gum wad. Perfect.
Posted by jason at 10:13 AM 8 comments:


A bit of nostalgia to make up for this bit of news.
Posted by jason at 7:44 PM 1 comment:

just one of my all time favorite songs, that's all.
Posted by jason at 6:25 PM 8 comments:

reprinted as a public service:

I'm an older disease free feminine tranny looking for a LTR with someone who is comfortable with themselves, the life style, and the fact that I'm not yet a 24/7 gurl. Do know that your height, weight, color, past life, etc. is not a problem. However, you must be discreet, close to my age or hopefully older, and always honest with me, and there will be a test at the end! If you're married that's not a problem either as I am willing to work around the wife's busy schedule provided you have a good reason!

Should you pass the test your reward will be a date with me. A first date with me will be an invitation to join me at my place where I will typically spend about four hours getting dolled up, just for you. You will walk into my little doll house having your senses arroused by the smell of my White Diamonds purfume, which can be optional if you're married. Low volume romantic music will be playing in the background with a few soft candles glowing as well. I will have properly decantered a good bottle of wine prior to your arrival, and may also have a few orderves laid out, should you work up an appetite! I will answer your knock at the door completely decked out in one of my sexiest little outfits whereby you may just want to give me a big hug right there to sort of break the ice, your call, Mr. Perfect.

(1) I'll write her to ask for more pics.
(2) I'll ask her to put me on her instant messenger.
(3) I'll write to get her number so I can jack off under the desk while listening to her feminine voice.
(4) I'm going to meet her, fuck her brains out, and then leave as soon as possible.
(5) If I set a date, get cold feet and change my mind, I can always tell her the car wouldn't start.
(6) I'll drop her a one liner like, "Baby, you're hot, let's hook up"!
(7) I'm going to write to ask her what color panties she's wearing today.

Gentlemen, today you will grade your own exams. If you answered "yes" to any of the above questions I'm so sorry, but it looks like you have flunked the test! Perhaps you should do a bit more studying, and then try again later. Now, if you passed, kisses to you, and please feel free to now contact me.

Also know that I do have many more pics that I would never refuse to share with you, Mr. Perfect, and will always be willing to share my most intimate secrets with you as well. I'm also not opposed to having phone sex with you when time constraints so require, but this will all take place at some point after we've had our first date if that's okay with you.

I'll be awaiting your reply.

P.S. Please also know I am a gal who pays her own way, but don't have the time to baby sit newcomers, cyber junkies, or anyone who wishes to deplete me of personal information while delivering none of their own. I am truly not difficult, but here in this forum I suppose I have to be a bit of a bitch to protect what one day could belong to you! Kisses... 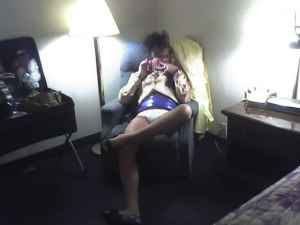 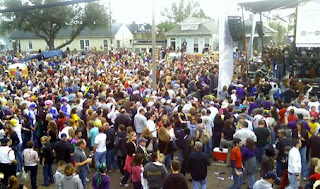 I've been trapped in for the whole day. There's no escape from the neighborhood as the leviathan of Endymion rolls a few blocks from my bed. Here's the scene a few blocks from my pillow.
I spent a bit of time out and about the crowd, but came home soon afterward, ready for a nap. I feel like I've been listening to a constant drum line for the past 10 hours...punctuated by sirens and lots of screaming Kid Rock fans. Yes, that's the crowd.
Posted by jason at 9:32 PM 3 comments:

Many centuries ago, one of my first crushes was on the lovely Martin Hewitt, co-star of the nearly unwatchable "Endless Love." He was the older boy of my prepubescent fantasies, whatever "fantasies" meant at that age (I think it meant a lot of hand holding and bike riding in blazers and mooning over each other by candlelight, but I'm not sure)

Anyway, his eyebrows were nearly as pretty as Brooke Shields'.
I have absolutely no memory of any of his acting, or voice, or...well, anything but his looks, but that's probably for the best. 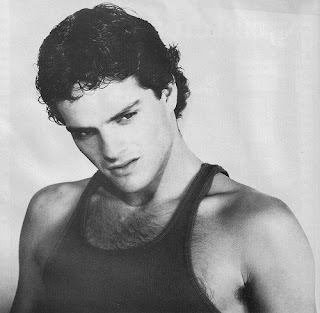 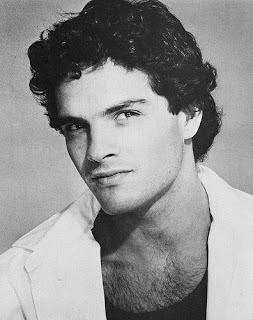 Seems he wisely quit the business and has become some sort of home inspector, but he's still looking pretty fine. 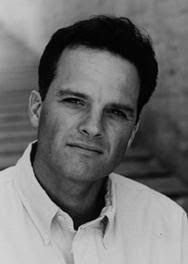 Girl, limping into class:
"Whew. I can't barely walk after all that marching."

Helpful friend:
"You need to put some pads in them shoes."

Helpful friend 2:
"Yeah. That's what the dance team do."

Unhelpful dance team member:
"Girl, I got a silicone cushion, a Dr. Scholl's and a maxi pad up in there, and it still hurt."
Posted by jason at 4:45 PM 12 comments: 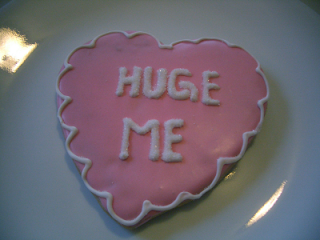 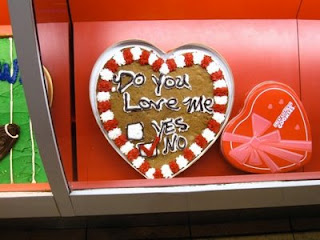 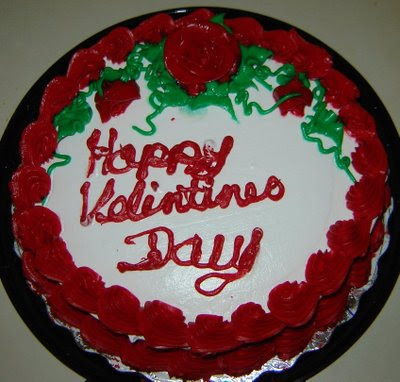 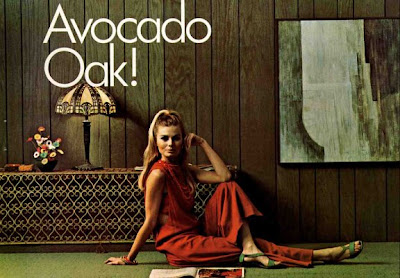 Shouldn't that be Avocado! Oak?
Or maybe Avocado? Oak!
Posted by jason at 7:18 PM 11 comments:

Gayest thing you'll see ever today.
Posted by jason at 6:32 AM 10 comments:

Tonight I went to yet another party...a friend's wife's birthday. I can't count how many parties I've been to in my life in which I know no one but the hosts. I don't know if any of you have been to events like this, alone, knowing no one. It's always awkward. Despite the awkwardness of it, I felt like I should be there to at least help her celebrate.

This event, was predictably a total white people event, right down to the predictable chatter about Prague/backpacking/internships/artisan cheese/Obama. Oh, and lots of ironic t-shirts.

The crowd was made up of of the hosts' coworkers and friends...and me.
The crowd came in pairs....and quickly formed up into cliques.

I spent a good amount of time, chatting up a blonde high school friend of the host's,
(one he had told me long ago that he hated) who is now a social worker. I forced myself to stay awake as she droned on and on about grad school and her time at Harvard. Then I chatted briefly with a hipster the host introduced me to.
"She lives in your neighborhood," he excitedly told me. He thought she and I would hit it off. She couldn't have been more bored by me.
Turns out she hates the neighborhood and can't wait to get to a hipper one.

Other than that, no one spoke to me, and I was too timid to try to insinuate myself into any of the tightly formed cliques. The host and hostess were too preoccupied to entertain me, not that I expected them to, so I left, feeling more than a little depressed.

It's times like these that the lonely only child, the shy outsider, the kid not in any clique...the "real me," sometimes I think, comes back with a vengeance.
Posted by jason at 10:58 PM 12 comments: 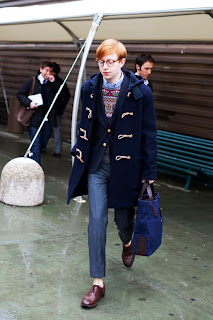 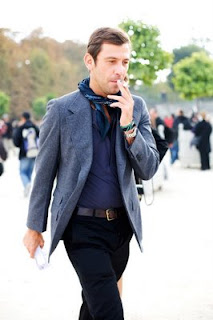 Too bad smoking kills you and stuff.

From the sartorialist, of course.
Posted by jason at 9:55 PM 8 comments: 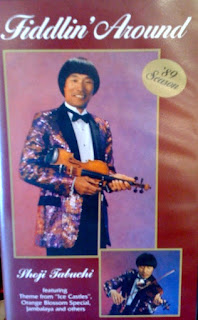 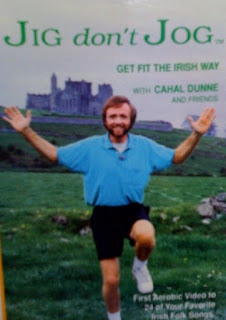 Two titles from this weekend's excursion to the Salvation Army.