"Who charms the crabs of Fisherman's wharf right out of their shells?"

Anyway "Cloris" here would like to be my friend:

Cloris wants to be your friend!Add this user to Friend Updates
Send Message View Mutual Friends
Posted by jason at 5:04 PM 3 comments:

Saturday, Michael and I went down to the quarter. On a vain search for "old gays who might know about disco," we ended up at the Golden Lantern, where we found bad 80s music, without even videos (think Journey and Mr Mister.)

But did finally got to meet (quite fortuitously) Dave and his Bud who couldn't have been lovelier.

We also met a drunk who kept putting hands on me (but didn't know anything about disco), but that's another matter.

I forced him to take pictures of everything I could, so that I could vicariously live like a brand new fabulous Iphone owner for at least a few hours. Thank you Michael. 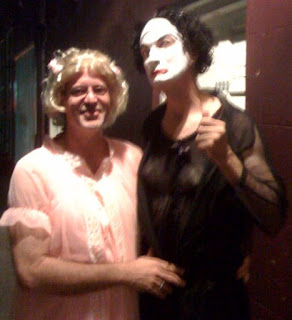 This is not Dave or Bud. It is Mommie and Christina, who also could not have been nicer. 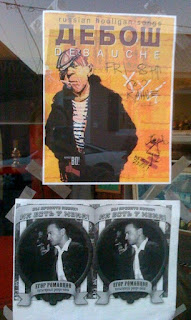 This is a poster at a coffee house in the Marigny. I don't know what Russian Hooligan Songs are, but I almost want to find out.
Almost. 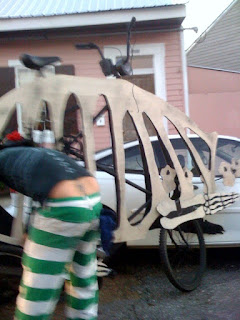 This is an ass crack.
We were driving behind a train of three such costumed merrymakers on bicycles, one with a giant pumpkin head, one who yelled out, "Greetings Mortals," and this one, riding on a seat six feet in the air on a bike in the shape of a dinosaur carcass.

This is his ass crack as he bent down to adjust a fibula or something. 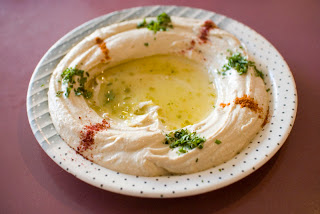 "I don't know. I just don't know about him, you know...?"
(friend earnestly laments over his boy trouble)

"Oh puh-lease. All anybody gotta do to date you is shave their asshole...or wax it...or take care of that business some kinda way. Oh, and know how to cook."

Wednesday was this excitement, within walking distance of my home:

"Celestain and Simeon allegedly shot Martes in the back of his head and left him for dead in the 2500 block of Constitution Place, where his body was found the next day. Following the murder, the pair allegedly drove Martes' car to a desolate area, where both men raped the 25-year-old woman.
They allowed her out of the car early Wednesday morning in the Bayou St. John neighborhood, then shot her several times, according to police records filed in court. She was transported to a local hospital in critical condition and is recovering from the incident, police said."

And today, on my way home from work this, I got to witness a drive-by shooting.
Always exciting.

"Two narcotics detectives conducting surveillance at about 2 p.m. in the 3600 block of Frenchmen Street saw a dark Chevrolet Tahoe truck pass with its occupants spraying gunfire at a group of men on the sidewalk, according to a NOPD news release. No one was hit by the bullets.

The detectives gave chase in a marked patrol car and upon reaching the intersection of St. Denis and Frenchmen streets, the suspects opened fire on the officers, police said. The detectives returned fire and wounded Brandell Baptiste, 18, in the leg.

Blocks away, three suspects jumped from the vehicle as it drove away, said New Orleans Police Officer Sabrina Richardson. The driver continued on, and three of the men entered a residence nearby. Officers apprehended the trio shortly afterward, according to police, and recovered one of the handguns that was used in the shootout."

Thankfully in both cases the culprits have been caught.
from Nola.com
Posted by jason at 10:36 PM 6 comments: 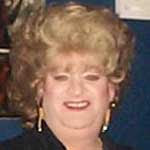 Test your discernment with this fun and instructive game!

The best part is the theme song, by the way:
"One's got a willy, other's got a fanny...which one's your gran, which one's a man?"

Just try getting the song out of your head. 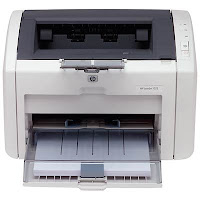 Needing to print a recommendation letter for a student, I found the one and only functioning printer in the school. In a rush, and lucky to have a turn at it at all, I hurriedly typed the letter and then pressed "print."

As the paper slowly, painfully came out, I could see two inches of gleaming white, just to the middle left, still unprinted.

"Damn!" I thought to myself. "That biology bitch! It's got to be her. She's used up all the ink again, printing up reams of shit from Avon.com again...and every piece of 'inspirational' prayer spam she gets!"

So, as I've been instructed to do, I opened up the printer to "just shake the cahtuhridge a lil, baby" to "get all that ink up in there shooked up."

I had barely lifted it out of the machine, when suddenly a two inch roach took flight from its warm nest inside. It soared majestically into the air, only to come back down to the floor in a six foot arc, just glancing someone's freshly done hair.

There was a frenzy of screaming, as if someone had just been murdered.

As the commotion continued (it may still be going on now, for all I know. I wouldn't doubt it), I put the cartridge back into the printer, closed the top, pressed "print," collected my work, and left.
Posted by jason at 8:30 PM 10 comments:

how will you celebrate? 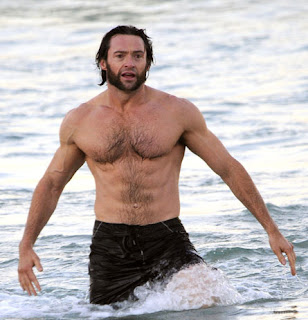 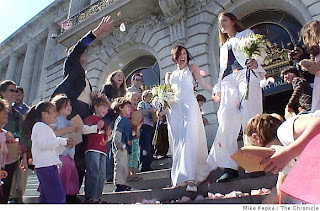 "A group of San Francisco first-graders took an unusual field trip to City Hall
on Friday to toss rose petals on their just-married lesbian teacher ...." 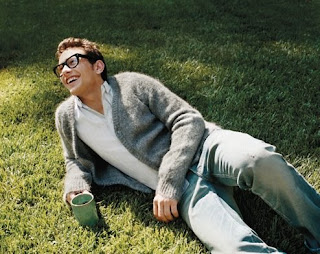 2. James Franco is possibly a gay rapist.
Posted by jason at 6:42 AM 7 comments: 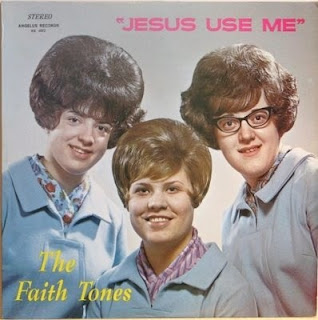 Today, I had yet another 11 hour work day. I had to stay late for a meeting in which I learned about the countless new tasks that I will be saddled with soon.
I won't bore you with the details, but suffice to say, there is zero compensation for any of them. Nada.
Also given was a list of the days coming up in which I will be required to work 12 or sometimes 13 hours a day. I believe in the next month, there will be 5 such days.
I won't bore you with the details there either.
This meeting, this little slice of hell, came after a regular day of
being (literally) on my feet from 7:10 until 3:30 during which I am fielding questions/disciplining hormonal adolescents/working my ass off non stop. I teach 125 students in 6 classes a day. I have one hour in which to begin grading the several feet of paperwork I have to do.
(currently 2 feet).

Amazingly enough, I'd have to say that this year is better than last year (you know, when we went without toilets, cafeteria, furniture, AC, etc.)
But last year nearly killed me.

Anyway, I'm just tired of coming home and having to go straight to bed from exhaustion. That's all.
(Ok, now I feel a bit better)
Posted by jason at 7:48 PM 7 comments:

Too bad she never made a video of this.
Posted by jason at 9:24 PM 3 comments:

when in NO, do as the NOians do. 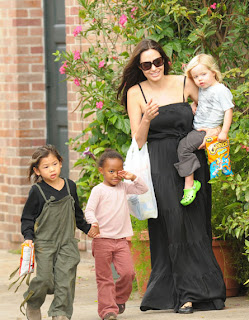 Shoe your children in Crocs and feed them Cheetos.
Not to be left out, here's Angelina with children here today.
From D-listed
Posted by jason at 12:23 AM 8 comments:

Brad Pitt on a bike today, a mile or so from my house 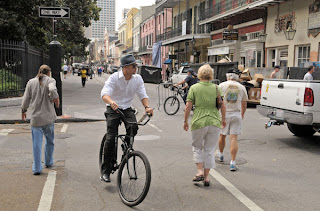 From D-listed
I love how no one really seems to care.
Posted by jason at 4:22 PM 4 comments: 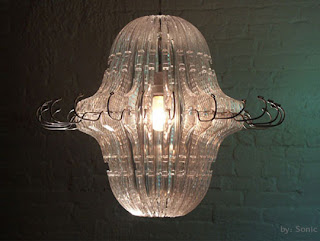 Saw this clothes hanger
chandelier
today while idly flipping through
Readymade at Target.

Rest assured, I did go on the first date I'd mentioned before. (Was there ever any doubt?)
It was all quite pleasant. We had tea and talked in the park for an hour or so.
I've been on literally hundreds of such first dates (I'm a bit ashamed to admit that, actually)
What's one more? Oddly, I've been told I'm good at it. Kind of like with my job, however, the talent I have doesn't seem to ever pay off in any real way.

Anyway, having still not heard anything from him, I (foolishly?) sent off a follow up note...who knows what that will bring.