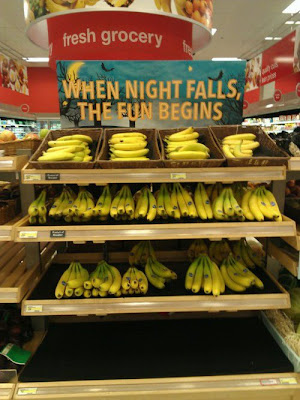 Labels: target, thought for the day 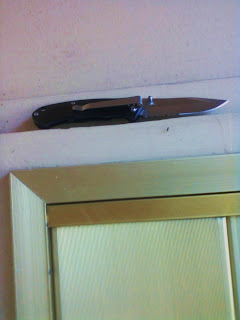 What can it mean when you come home to find a switchblade
ominously perched at your threshold?

Labels: death, home, something only a weirdo like jason would care about 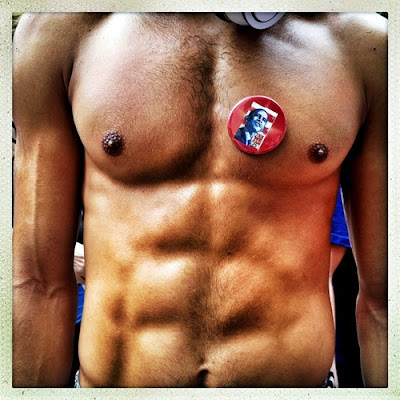 Labels: cheesy gratuitousness, cute boys, something only a weirdo like jason would care about 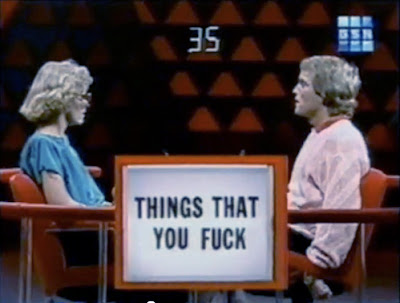 From our Men's Fashions Department:


From our Ladies' department:

From our toy department:

Labels: cheesy gratuitousness, something only a weirdo like jason would care about, stuff 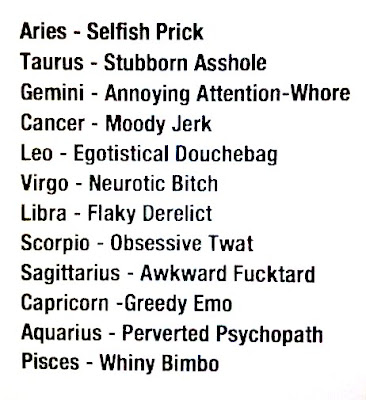 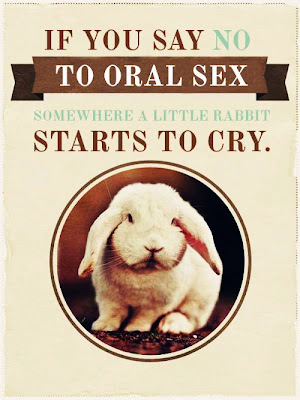 Labels: signs, thought for the day


Ok, so I didn't really.  I just like saying that.

The other night a friend of mine from out of state was in town.
We had dinner. He wanted to go out for a drink afterward.
I grudgingly agreed. I'm the world's worst tour guide, especially when it comes to bars, and I didn't feel like trying to park downtown, so I took him to St. Joe's, uptown...which is ever so collegiate and straight.

But it has a lovely kinda Royal-Pavilion-at-Brighton-on-a-budget themed courtyard. 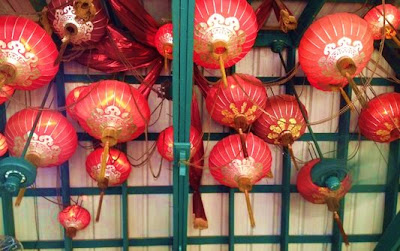 It was packed with college and post-college sorts....and us.

We got drinks. He continued pontificating about philosophy and literature. He's really tall and good looking, so he can get away with that shit, you know.

A few minutes into a rerun of his spiel about Muriel Spark, we were interrupted by a blonde grad-school looking gal.

"Hey, has anyone ever told you that you look like Joe Manganiello?" she asked.

She asked my friend, that is. Not me. I mean no one has ever been that drunk.

She tried to explain, but he didn't much care. Didn't stop her, however. God bless her.

Next thing I know he's insulting her taste in books.
Then she turned her attention to me. "Jeez, he's kind of an asshole, isn't he, your friend there?" she nodded flirtatiously at him....and touched my knee.
"Yeah," I agreed.
"But you're not. You're nice. I like you better anyway,"  she went on.

He roared out a hearty laugh.
The three of us continued to talk. Somewhere, about twenty minutes into the conversation, with no moves being made on our parts, she sobered up a bit and asked the obvious:

"Wait, you two aren't gay, are you?"
"Sorry," we smiled.
"Oh damn. What the hell!" she sighed.
But she didn't leave.
We kept talking. Bought her a drink. Her friends at the other table kept giggling.
God bless her.

Turned out she was on vacation, from DC, some kind of intern or something. Hated it there and hated the midwest too. where she was from originally.
She hadn't seen anything of the city but what her friends had dragged her to. We got out a cocktail napkin and made a list of places for her to go, outside of the quarter, places where she could meet some straight and not fratty guys, hopefully. She thanked us and went back to her friends.

Labels: friends, something only a weirdo like jason would care about

I know I'm taking notes.  All I need is a big yellow bedsheet
and a buttload of bugle beads. Halston, I'm guessing?

Labels: disco, hot bitches, my favorite songs, something only a weirdo like jason would care about 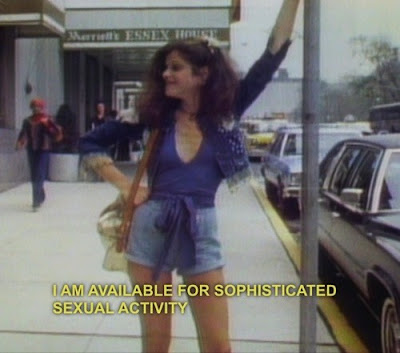 OMG, nothing will ruin a day like an early morning ad for "gynecomastia correction".

Clearly the internet gods are trying to tell me something.

Of course I can't help but wonder if it's the same prestigious Swan Center for Low Self Esteem that we all remember so fondly:

Frankly, I wish I could get ads fromThe Miss Swan Center. How come those robots can't figure that out?

Thought for the day 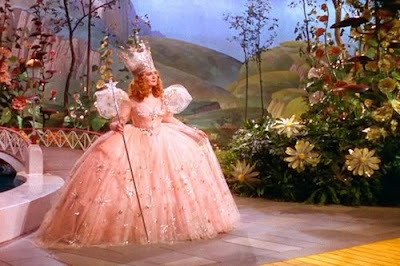 Programming note:
I just happened to find a butt-load of comments that were "awaiting" approval.
I had no idea!
I guess when I changed the comment settings to keep our relentless Chinese Internet Overloards from spamming me
to death (and others...sorry dear Norma!) I must have changed some setting or another.
Sorry :(
But most importantly thank you all!

Anyway, let's take a look, shall we?

The worst part of it was that by '97 all the underwear pictures were close cropped without heads or pecs and smoothed out by photoshop. Without the models in high cut thong bikinis, there really is no reason for IM at all, is there?
Posted by jason at 8:37 PM 8 comments:

Well, I could bore you all with an epic bitchfest of Biblical proportions about my long exodus, wandering the desert of rural Louisiana while plunged into darkness, without electricity for a full freaking week...in August...in New Orleans...but I won't.

I will say this much, however, I am always reminded by my sojourns in the Kuntry exactly why meth seems to have such a sweet siren's song.

Anyway, in lieu of bitching, here are a few random pictures from my cellphone of some of the many rest stop bathrooms I found myself in along the way. 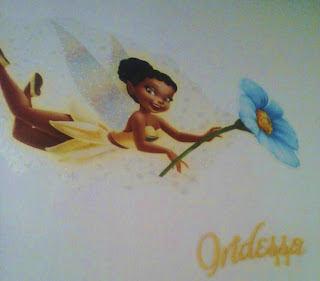 Labels: bitching, something only a weirdo like jason would care about
Newer Posts Older Posts Home
Subscribe to: Posts (Atom)