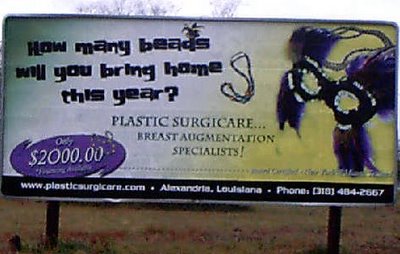 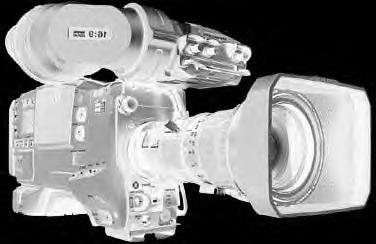 Today my entire second period was filmed by the Discovery Channel.

The director had told me that morning just 10 minutes before class began, that they'd like to film. What could I say?
I was told it would only be for a few minutes, but they ended up filming for an hour.

Several weeks ago my class was interupted by a crew of Japanese filmakers. They've been staying with us for the past few months, filming a documentary for Japanese television.

(Apparently the Japanese are fascinated by black youth in New Orleans. Or maybe they're just crazy over Beowulf, who knows.)

The Japanese were the test run for the subsequent camera crews who have filmed the class. By this point, the students are pretty nonchalant about it.

I remember during the first filming thinking, "Thank God, I don't live in Japan, and hopefully will never have to see myself on camera. I guess it won't be so bad."

I had been filmed briefly a few weeks before by the local news, and that was bad enough. My mother rushed to tell me that she'd seen me on the news. Thankfully, she doesn't know how to operate the VCR. I thought the worst was over. Little did I know.

CNN was here a few days ago as well. (I didn't see them, however)

MTV comes soon, I'm not sure why.

Some sort of "Extreme" Home Makeover show is supposed to come as well...the one with the carpenter from the former "Trading Spaces". I have no idea what they're planning to do. Lets hope it's something about the moldy smell throughout the school.

A few days ago, badly needing to use the restroom, I opened my door, only to find myself blinded by floodlights of the Washington Post cameraman, setting up a photo op in the hall way.

All in all, it's rather disconcerting to teach with cameras and lights on you. I just have to make sure my mother cancels her cable sometime before any of this gets aired.
Posted by jason at 8:53 PM 3 comments:

Match Point-- Good, but not as good as the hype would have one believe. The audience was packed, and enthusiastic. Worth seeing if you have not done so.

Capote-- Again, the theater was packed. People are starved for entertainment around here, it seems. I thought this was very good. Perhaps because I had lowered expectations...which is the ideal state to be in when going to a film, so I've discovered. It made me want to finish In Cold Blood (something I never have gotten around to). Wonderfully acted. The best film I've seen this year.

Brokeback Mountain--finally arrived here belatedly (Do I smell a whiff of homophobia in Elmwood?) Much hyped. I got there to find a line to buy a ticket...and standing room only in the theater. The crowd was very mixed. My enjoyment was hampered by the claustrophobic seating and the fact that I was about 2 feet from the screen, but all in all, quite nice. It took some liberties with Annie Proulx's story, but thankfully, it was not overdone. That was my worry.

The Squid and the Whale---I liked this film. It took me a while to get into it, but, by the end, it had me. The theater was nearly deserted. It's a shame too. The acting was wonderful. Laura Linney and Jeff Daniels are great. Despite the dysfunction, I still idealize hyper-literate families. I always have. Even though I've actually come into close contact with a few and know how very crazy they can be, they are so radically different from the environment that I grew up in, that I think it's almost inevitable that I should idealize them.

Shopgirl---Claire Danes is winsome and adorable. The film is not. But that's not to say it's bad. It's just not that good. But Claire Danes + depression + evening gloves (has to) = something good, right?

Rent---Having no preconceptions, I thought it might be good. I was very wrong.
I assume (hope)the broadway production was much better, because this was one of the shlockiest, most overblown pieces of claptrap that I think I've ever seen. There was an even shlockier, more overblown, piece-of-claptrap performance being put on behind me, however. Two post adolescent, slightly plump, retro goth girls, emoting, weeping vociferously, clapping, and singing along throughout the film. That much was worth the ticket price.

Memoirs of a Geisha--I'd read the book (found it not so good). The movie was almost camp, sort of a Showgirls in Kyoto, but not quite. (Too bad, too.) Lovely costuming however. Visually beautiful in every way. Rather like Cold Mountain, beautiful and almost as emotionless. My mother (with whom I went) claimed to like it, but upon my casual quizzing her, had absolutely no clue as to what the plot was. I can't fault her at all.

Walk the Line-- (or "Ray, Part Deux") Actually, pretty good. Nothing original here, but decently done. Very safe. I'm no fan of Ms. Witherspoon, but she did a good job making June Carter come alive. Joaquin Phoenix was also very good. The acting was superior to the writing, I think.

The Chronicles of Narnia--as the Narnia books, much like LOTR, were pretty formative in the developement of my delusional psyche, I was half looking forward to, half dreading this film, especially when I heard Disney had its sinister hand in it.
I was quite disappointed. Too much CGI...too much British lisping. Years ago, BBC did a better tv version, I remember, of several of the Narnia books.
Posted by jason at 8:26 PM 1 comment:

1.Hearing "Strawberry Letter 22" by the Brothers Johnson again for the first time in years. The wind chimes are chiming in perfect sync to the music
2.A cool spring wind and the warm spring sun in February.
The weather today is too beautiful for words.
3.The jar of Tiger Tiger brand Punjabi Butter Chicken already-made-sauce in a jar I found this week at the market.
4.the wild violets carpeting the yard

5.two stolen Smithsonian magazines from the garbage.
6.The impending excitement of the new "Grey Gardens" musical on Broadway.
"It's perfect," Little Edie allegedly told Mr. Maysles when informed about the play sometime just prior to her death. "My life is a musical" (I paraprhase)
7.the fact that it's Saturday. I didn't have to get up at 5 am this morning.
8.The fact that el Nino or the solar flares or something equally mysterious are allowing me to hijack someone's wi fi for a few tenuous moments.
9.Target!
10.an outrageously optimistic hororscope for Leo just read at a reliably wrong horoscope site. But I'll take anything I can get.
Posted by jason at 9:03 PM 1 comment: