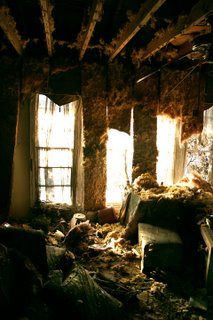 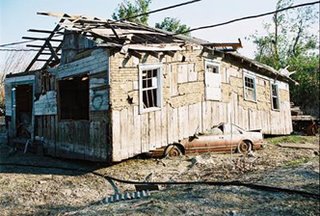 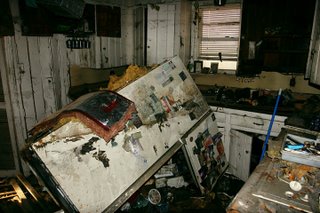 the fear of cute guys and kittens

The other day, prompted into delusion by a horoscope, (something that happens more often than I care to admit) I re-posted a personal ad (without a picture). Honestly, I didn't expect much.
My prior posting of this particular ad (which is markedly *not* sexual in nature, btw), has only ended up garnering the occasional solicitation of sex by married, unattractive men....and more often nothing.
I'd prefer the nothing.
Anyway, the point is, I didn't expect much.

Imagine my surprise however, when what seems like a sane person responded.

He was amazed to find a sane, decent ad himself he said. And he actually seemed to have read my ad. We even share some interests. It's all too amazing.

So of course, I got excited, despite myself. He writes well. He's 32, a decorator,(for God's sake!) from SF, been in New Orleans only since February.

So for the past few days I've been fretting. I mean, I've been through this probably a hundred or more times (I wish I were exagerrating, but sadly I'm not).

I picture it as a sort of Olympic challenge....one with hurdles. The first hurdle is getting noticed in the ad, of course. 2. Building rapport in email 3. The exchange of pictures 4. The meeting 5. The second date 6. well....who knows?
Every hurdle is a chance for being tripped up. Something always seems to go wrong somewhere. Now, it's totally against every best instinct I have to be posting this. I typically keep my infatuations to myself, to risk the inevitable embarassment later on, but maybe it's time for a new tactic, right?

Anyway, tonight I tentatively, nervously fired off my photo. I figured he might bolt and I'd never hear from him again, but it had to be done and like ripping off a bandaid, it's best done quickly, I've always maintained.

Imagine my surprise when but a few minutes ago he fired off an email back....with a picture of himself attached. Oh goodness...he's cute ...and to make things worse he has a kitten named "Billie Joe McAllister" The cuteness is going to kill me.
Kitten picture was attached, with some witty repartee...the sort that always gets me.

So, now who knows what happens....we're on the track to the well worn number 4 hurdle...at some point. You'd think practice would make this less nerve wracking, but it doesn't.
Wish me luck.
Posted by jason at 10:19 PM 7 comments:

I'm not a big fan of "reality" tv, but I do have a weakness for Project Runway. I don't really like the stereotypical reality tv drama as much as seeing the creative process. I especially like hearing the critiques afterwards. I wish they'd show more of that.

Anyway, last night's episode was an interesting one, but not the best. The contestants were made to create a gown from recycled garbage. On the whole the outfits were all pretty disappointing. The gowns made from the hotel room items on the first episode, I think, were better. It was a similar challenge, but with better results.

Like anyone who watches these sorts of shows I have those whom I like and those whom I don't. The producers know this. In fact I think they manufacture it. There are those whom everyone can easily dislike, like Angela and her stupid "fleurechons" and bizarre stories told with a complete poker face about the head mistress at a day care center in Paris called "Jubilee Jumbles" and her dog Pattycake. (WTF?)

Or Jeffery, who is a tattoo-necked asshole, pretty much. Not much more to say there. He's easy enough to dislike. That seems to be his role.

But some of the "villains" I like....like Laura. I'm not terribly impressed with her designs, as they always seem to look like something she would wear herself. They're always sort of late 80's glamour, not a bad thing per se, but a bit predictible. She does like to stir the shit, so to speak. She doesn't hold her tongue, again, not a bad thing per se, but a bit predictible. Just the same, I like her little grin when she does it. She may stir it up, but she doesn't seem that invested in it.
I like her. I read in the paper the other day that she grew up in Metairie of all places, so maybe that's coloring my affection for her. You've got to love a hometown girl who can swim with the sharks in Manhattan.

Or maybe you don't.

I also like (liked?) Bradley. He was something of a sad sack, but then I'm a sucker for that. He was like Linus in the Peanuts almost. I almost expected him to make a dress out of a security blanket.
I'm not a fan or his designs either, (they're pretty bad) but he was just so good naturedly winsome, but also more aware than one might think. How could one not like him. Of course I seem alone in this. What I especially like (d?) about him however was his sly smile. He wasn't taking this all that seriously either.
In the last challenge poor Bradley got Cher as his "fashion icon." He had to modernize her look. Could *anyone* really manage this I ask you?
That was his demise. I'm sure Cher has been the downfall of many an innocent man. I'm just a little sad to see him go.

Televisionwithoutpity.com (which has wonderful synopses of each episode) writes that:

"Bradley doesn't know shit about Cher. Katie, who is twelve, tries to tell
Bradley about Cher. This is no good. You'd think Bradley would at least have seen Silkwood. I've always thought that someone should base a collection on Silkwood. I'm not kidding. Meryl Streep is smoking hot in that movie -- mullet, rock t-shirt, leather jacket. And, you could have some Cher butch-chic looks working the runway. Nina Garcia would flip for that shit. "

I just *love* that quote....and so much more. He (Jeff from Televisionwithoutpity)
sums up something I have always thought too!

Read the rest of his synopsis here

My favorite designer so far, however, has to be Michael. I think he's going to win.

Now of course the fact that the clearly insane Vincent is still on makes me think.
I wonder sometimes if he's not really an actor....a plant. I mean really, can he really be for real? He seems straight out of central casting.
But then I think of some of the crazies I know in person, and I realize that he could very much be for real...yep, very real.
If you pay close attention to the credits you will notice something to the effect that the judges work in conjunction with the producers in eliminating the contestants each week. In other words, if you are crazy or bitchy you can pretty much guarantee that you will be on till the end, for "drama."
This is "reality" tv, after all, right?
Posted by jason at 4:42 PM 1 comment: 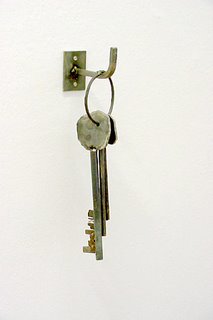 When I first met my new landlord, I began to wonder...
but I ignored my intuition.
Anyway, he seems like a nice enough man, early 60's, nice-looking well- dressed....didn't seem to get my jokes, but he seemed to like me.

When I went to sign the lease, I went over to his house, sat for a while and chatted genially about the hurricane, New Orleans---the typical topics of conversation nowadays. I asked him how many apartments he had.

He thought for a while and said,
"Hmmm, well, between me, my ex-wife and my sons, I guess about a hundred"
"Wow" I said.

Not long after I signed the lease, I called him saying that I wanted to get the keys early if possible, so I could do some cleaning up.
He said "Sure, but could you come tonight, before 6. We're having some people over for dinner."
"Sure, thanks," I said.

So I raced over, in my old, rattiest clothes, dressed to clean and mop. I just wanted to pick up the keys and run.

I got there, rang the doorbell, and a boy about 19 or so answered the door. He looked puzzled. So did I, I guess.
"Ummm...." I started. I wanted to ask "Is your father home?" but something wisely held me back.
I asked instead "Is Edward here?"
He (the landlord) had sort of insisted on me using his first name, which I found odd.
I mean I was raised in the South after all. One uses the proper titles for one's elders.

The boy turned his head and called into the house
"Edward, someone's here to see you!"

Then the bell went off again...this time like a gong.

No one calls his father by his first name....maybe his "daddy," but not his father.

Edward came to the door. He invited me in. I sat down uncomfortably. He went off to get the keys while I waited. I could see the table set for 8 in the next room.
I just wanted the keys and to get going.
He returned and we made idle chit chat about the apartment.

Suddenly, from the front door burst a young man, clearly a Tulane student (the house is practically *on* campus) or grad student, weighted under bags of groceries. He was tall and thin and good looking, all of 25 or so.
Edward lit up and announced proudly, "This is Liam, my partner." Then he introdoced me.
I didn't know what to say. I didn't know what to feel really.
(By the way "Liam" didn't seem to like me much for some reason....but maybe I was just imagining that)
I took the keys, smiled and left.

On the way home however, I did a lot of thinking. A part of me was pleased. I mean they (however many of them there are) seem nice enough after all. And it somewhat gave me ....oh, almost a sort of much needed "hope," their relationship. Besides seeing gay relationships up close always pleases me, like an ornithologist must feel when sighting a rare ivory billed woodpecker or something

I know the answers of course, I just don't like them.
Posted by jason at 2:15 PM 1 comment:

Here's a classic video I didn't know existed. I'm not sure if it ruins or benefits my memory of this song...a classic from 1984 by the disco legend Ms. Cheryl Lynn

Your Decorating Challenge, Should You Choose to Accept It:

This is the challenge that I face currently:

Nothing can be bigger or wider than 24 inches….(the width of the stairwell)

No holes may be put in walls (as per lease)

No walls may be painted (as per lease)

Everything must be portable. (as per Katrina)

Curtains must be at least 99 inches long (84 inches are the typical, unless custom) and no more than 10 dollars a panel. (See if you can do *that*, I dare you)

Entrance to horrible kitchen must be covered somehow

Two ghastly 70’s window units must be dealt with (I’m stumped on this one, I have to admit)

Ugly “ye olde colonial” “chandelier” must be dealt with somehow

Bathroom is literally 5 feet by 5 feet (you can sit on the toilet and wash your hands at the same time, I'm not kidding)....and on a 15 degree incline (the building is leaning.)

All items must be purchased in the few stores remaining post-Katrina.
(in which 3 salesmen told me that any furniture I bought "would take a minimum of
a month or longer to arrive")