I'm glancing through an old copy of Paper Magazine and what do I see, nothing less than Louis Vuitton's tote for $2,660.

Except for the garish LV logo, it is identical to the $5.00 original I bought at Pearl River in Chinatown this summer.
How ironic is it that LV is now copying Chinatown bags?

Is it Christmas yet? Because these are too fabulous: 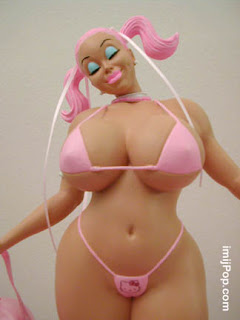 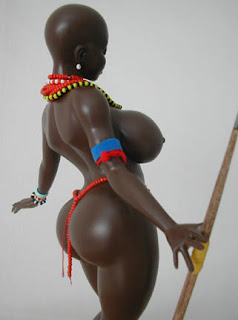 There's more here, if you think you can handle it.
Posted by jason at 1:38 PM 5 comments:

I really can't see what girl wouldn't be charmed by this...and a 22 year old who uses the word "alas!"
Too cute for words.

So I have a slightly strange hobby. Basically I like to travel to various Waffle Houses and review them. I used to have a partner in these adventures, but alas I no longer do. If you are interested in accompanying me on my adventures drop me an e-mail.

the curse of the evangelical turkey

Last year about this time, I met Lucifer himself.
He came to me in the form of Pat Robertson.
He gave me a tv.

I didn't have electricity, so it sat in my room unused until it was stolen by the migrant workers building our new campus.
(That's how Lucifer works, by the way)

He and his host of dark powers had seen fit to grace our devastated school with gifts. (Yeah, yeah, I know....gift horses, mouths...whatever...but this was Pat fucking Robertson, ok?)

One day, just before Thanksgiving break, two of his minions, a middle aged, corn fed, blond couple, eyes wild with Jesus, burst into my classroom, bearing frozen turkeys in their hands and frozen smiles on their faces.

They bounded into my room like two golden retrievers, smiling maniacally, eagerly offering their frozen turkey to me...while I'm in the middle of a sentence.

Nothing irritates me quite as much as being interrupted in the middle of class. I can get kind of pissy at times, believe it or not.

"Here's a turkey for you!" They both exclaim, wild eyed with Jesus. "Blessed Thanksgiving to you, brother!"

"Ummm...thanks," I responded. "Can you put that in the freezer for me."
I smiled back stiffly and refused to take it from the husband's outstretched hands.

"Oh no, this is for you!" he insisted.
They wouldn't take no for an answer. I'm sure I sounded a bit rude, but what the hell was I going to do with a frozen turkey at 11 am?

Typically, when the school had given us turkeys (our holiday bonus)in the past, I'd given mine to the food drive, which we always had at the same time. I planned to do the same, but the scary Christians weren't having it.

So I took the frozen turkey and let them smile their way on out.

It sat on my classroom floor, next to the 1920's radiator until 4 pm.
It's been in my mother's freezer ever since.

She insists upon cooking it this year...despite my warnings.
Waste not, want not, right?

Michael sent me this link the other day just after a video about the dangers of unsanitary hotel glassware.
Guess which one is bookmarked.

It's all a matter of priorities.

I read this description, and I was hooked:

"The character voices in this one, while not as ridiculous as Part 3, are quite the pair: a wholesome, perky woman with an overly stereotyped Irishman keep giving me visions of a wayward Florence Henderson blowing the Blarney Stone on a sex rampage (perhaps after her fling with the clown jewels)." 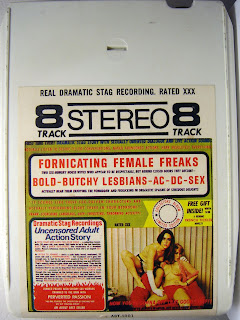 I think Teddy Pendergrast's may be one of the sexiest voices...
ever.
Even in a wheelchair he could make a soul swoon.
Posted by jason at 1:26 PM 1 comment:

By a strange series of coincidences, I've spent 10 of the past 48 hours in
a gay bar...last night for the denoument of Vincent's going away party, and tonight with my friend Dennis, as the proverbial third wheel.
This is not the way things should be.
Tonight was the same serial killer stripper (as Michael calls him), the same tedious videos, and although a new set of faces, really, ultimately, the same crowd.
Posted by jason at 12:47 AM 3 comments: 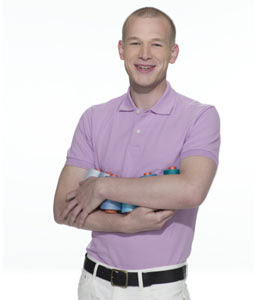 To quote Michael Kors quoting Renee Zellweger:
"You had me" at the words "works in the Museum of Science and Industry."
Besides, I actually liked the outfit he sent out too (not that this is about clothes or anything) 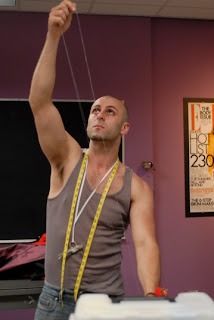 I didn't actually like his dress....even if it did win.
I'm hoping he won't be too Uli-like...too one note...if you know what I mean, but he's certainly cute. 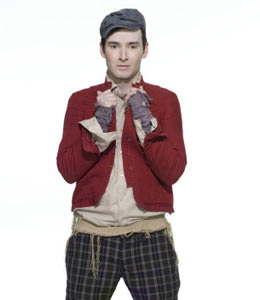 A florist from Texas....named Marion?
Yet, he doesn't seem at all like any of those things, and that's high praise indeed.
And he's old! (like me)
Whatever the case, let's get to the point: I think he's cute, and I also suspect talented.
Posted by jason at 10:20 PM 4 comments: 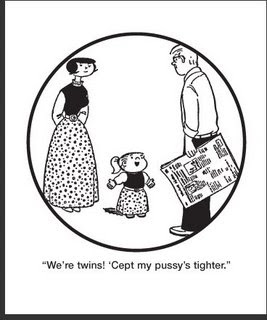 Too wrong.
Too funny.

Thank you, Pipedreams
Posted by jason at 10:06 PM 2 comments: 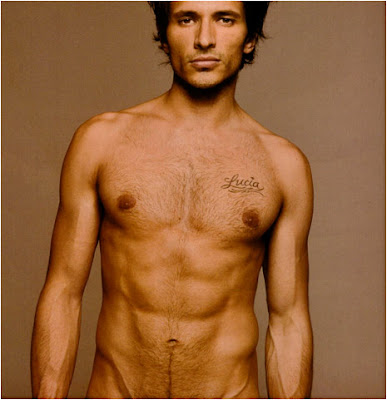 Thanks to Thom over at Fabulon, I
nearly didn't get to work on time this morning.

He posted a photo of Andres Segura, the Spanish male model, and that was all it took for me to drift off in a half an hour or so of idyllic picture surfing this morning, (get your mind out of the gutter, please)...completely, blissfully ignorant of the time.

Anyway, he's worth being late.

Of course I knew Andres as soon as I saw him. Let me tell you, I remember names of men who look like this.

Click here to see him in all his glory.

Of course I bought it.
I feel holier already.
Posted by jason at 8:18 PM 8 comments:

"I'm pulverized by this latest thing" 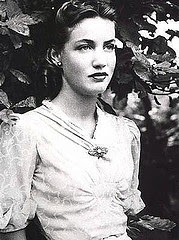 I'm a few days late, I know. Shame, shame, shame on me.
But hell, this whole month should be devoted to her as far as I'm concerned.

It would have been her 90th birthday this year.
Posted by jason at 6:48 PM 5 comments: 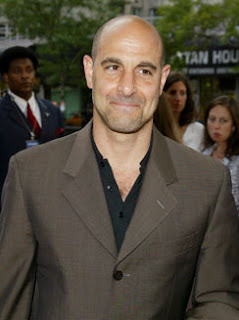 I really need to buy a camera

As a public service, I'd like to point your attention to a blog post that I randomly stumbled upon, one infinitely more interesting than anything I could ever hope to put up.
Posted by jason at 7:44 PM 8 comments: 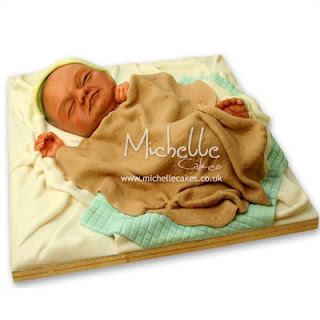 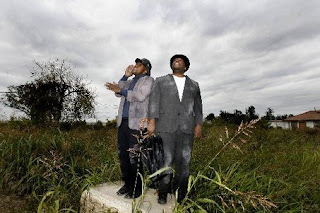 Last night I went to a performance of "Waiting for Godot" performed in the Lower Ninth Ward, near the Industrial Canal breach by the Classical Theatre of Harlem.

I think it's brought more people down to that area than there has been in two years.
The night before they'd had to turn away 200 or so people from the performance because of overcrowding. I don't know why, but this seems like a positive omen to me.

All in all, it's been pretty successful.

Waiting for the play was as interesting as the play itself. The crowd was mixed, lots of young creative types, some locals, and a good number of new emigres from up North. It was a bit chilly, a beautiful autumn night and the crowd was festive, especially when the Rebirth brass band performed.

I've never been much of a fan of Beckett, but the actors were really good, and the setting couldn't have been more evocative.
Posted by jason at 10:22 AM 1 comment:

"hit that bottom....working the middle"

I see the crafty folks out there on youtube have remixxxxxxed Alexyss K. Tylor's classic.

(thanks for the memories, Julie and Rachelle)
Posted by jason at 9:42 PM 2 comments: