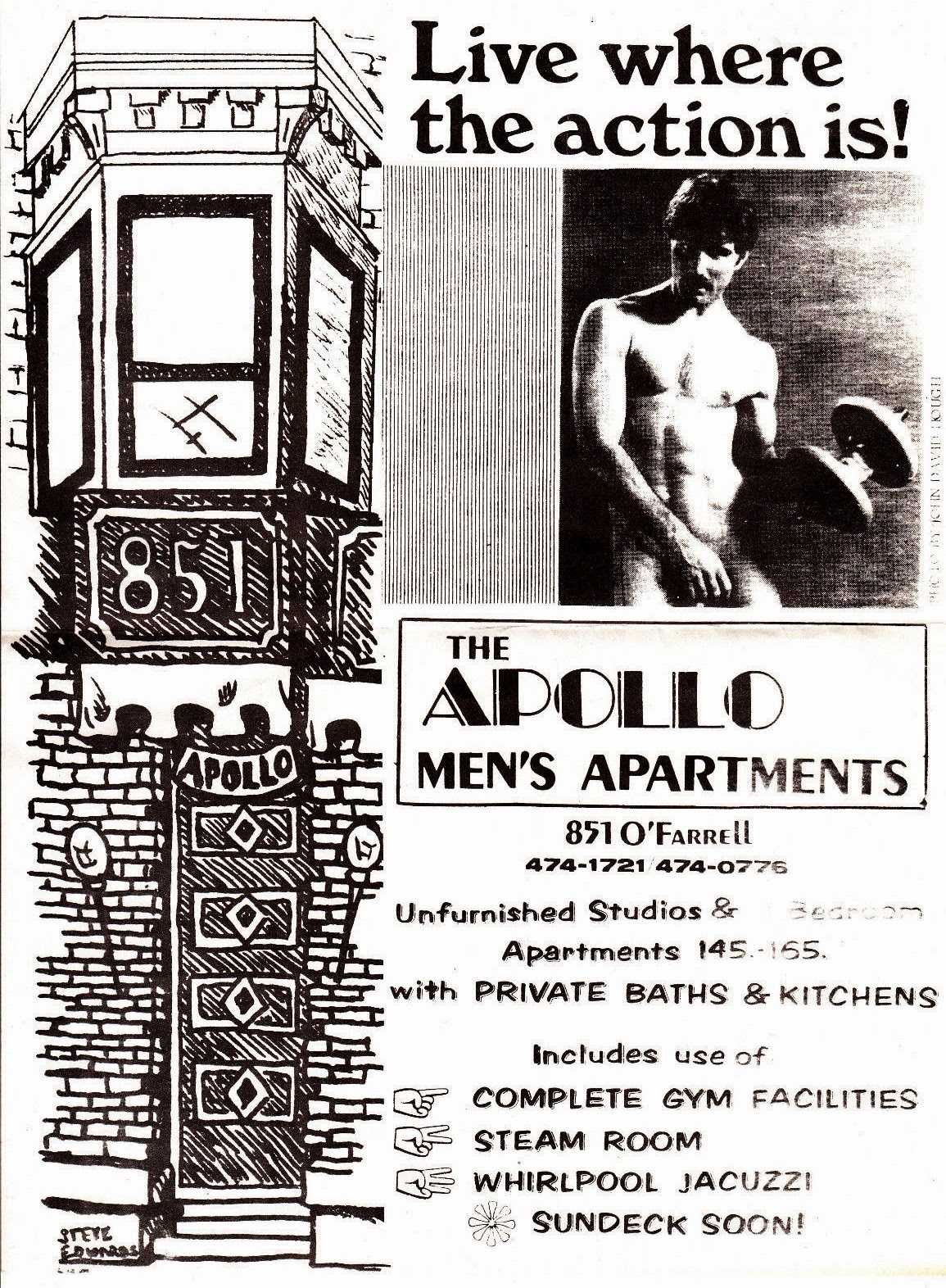 Oh dear. 851 O'Farrell is sketchy now, 30 years ago, when this ad looks like it came out, it was pretty much a war zone.

It has everything an 80's gay man needs. A gym, steam room, jacuzzi an upcoming sindeck and a sketchy area. The only drawbacks would be the private baths, lack of lockers and towel service...

now that's what i call living!

Why am I always the last to ride the real estate wave?